New, Improved Ways for Cats to Get in Trouble

This is the tail of a Cairo cat stuck behind a subway wall for FIVE YEARS.

Cats are finding new ways to get themselves in trouble, and they are improving on old forms of trouble as well. Here’s just a few examples, and please feel free to share your own:

–A Florida cat recently found himself stuck inside an SUV tail light compartment, a feat most of us would have thought impossible. The alert driver noticed something was up when she saw a tail sticking out of her tail light. Nearby humans scrambled to rescue the shy stray, which took all of their big brains to figure out. Eventually kitty was freed, and is looking for a new home as of the latest report.

–In an even more-bizarre story, a cat in Cairo was freed last month from being stuck behind a subway wall for five years! The wall was built with the cat inside it, or the cat grew, or something, according to some nice man who was feeding the cat all this time, even during the 2011 Arab Spring revolution. In April, thanks to a Facebook campaign, concerned humans finally freed this kitty from his subway prison. Unfortunately, he was so terrified he ran and hid in some other part of the station. This whole situation just seems to scream: “kitty Kafka!”

–Even cats in trees, a traditional form of trouble, have taken it to, er, new heights.  Apparently in the Northwest, where the trees are insanely tall, cats climb up and do not come back down. Their humans allege these high-climbers often require rescue.  The problem is so severe in the region that an entire business exists to come rescue cats from trees.  Best of all, the whole thing is a new reality show on the Animal Channel.  It really is. This is not a hoax.

These daring cat trouble-seekers are on a mission. Whether they are exploring the innermost spaces of human construction or reaching for the stars on the tallest trees, count on kitties to be intrepid and committed to… whatever it is they are looking for or doing.  We may never know what that is.

3 thoughts on “New, Improved Ways for Cats to Get in Trouble”

Welcome Cats of the World

We are obligated to help the
animals whenever they require it.
--Saint Francis

The heresy of one age becomes
the orthodoxy of the next.
--Helen Keller

Helping Cats Help Themselves Since February 14, 2007

Seeking advice about your crazy cat? 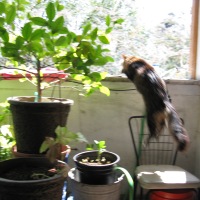 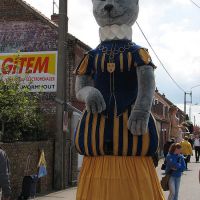 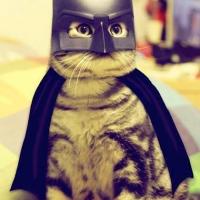 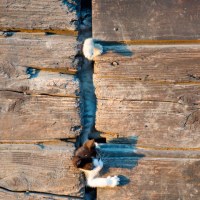 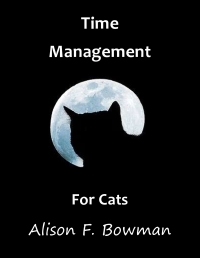 The long wait is over. Time to get psyched and to psych-up the cats. It's time for Time Management for Cats, the ebook! Now available at Smashwords.com

Welcome to the world of cats!

life in the not-so-fast lane

~ Art, cats, nature, animals, weather, and whatever. Painter at heart ~

Through it all, your spirit's alive

Rantings of an Amateur Chef

Making stupid mistakes - it seems to be the only thing I'm really good at.

Just because you CAN read Moby Dick doesn't mean you should.

Ambition In The City

Living Life One Lesson At A Time

Not just a blog, a philosophy

The book cats have been waiting for...